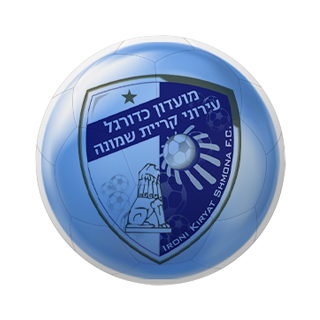 Hapoel, the older club between the two, has a long football history in the lower divisions, but the beginning of the new century marked a turning point after the businessman and Ituran's chairman, Izzy Shirazki, purchased both football clubs.

Shirazki united both teams into one team called "Ironi Ituran Kiryat Shmona FC", which in 2001 reached the National League. In 2006/2007, following consecutive years of disappointments as a result of staying in the second league, the club finished in 1st place and won an entrance ticket to the Israeli premier league - all under the guidance of Ran Ben Shimon as head coach.

Kiryat Shmona FC became the league's refreshing surprise, and already in its first season in the premier league the club finished in 3rd place, presenting great football. The club won its first ever UEFA Cup entrance card, and in July 2008 it defeated Montenegrin FK Mogren FC twice and reached the second round, where it was beaten by Litex Lovech FC. At the end of that season Israel's northern team failed in maintaining its success, and by the end of the season the club was relegated to the second division after losing to Maccabi Petah Tikva FC in a dramatic last match day. In the following season the "White and Blue" returned to the premier league and even won the Toto cup after beating Rishon Le Zion FC

2010/2011 season was very successful for the club, after winning for the first time in its history the Toto cup of the premier league. Ironi Kiryat Shmona FC had also qualified for the National Cup semifinal, but a loss to Hapoel Tel Aviv FC prevented it from winning the trophy for the first time. At the end of a successful season, in which the team finished in the 5th place, the club's star striker Weaam Amasha was sold to Maccabi Haifa FC, and the club's talented midfielder, Elroy Cohen, was sold to Hapoel Tel-Aviv FC.

Kiryat Shmona FC had continued to perform well and achieve great results on the pitch. In January 2012, the team won the Toto Cup for the second time in a row after beating Hapoel Tel-Aviv FC in a penalty shootout, but the pick was only at the end of the season: the northern team, based on talented young players and led by Ran Ben Shimon from the side lines, won a historic League Championship. The club won the championship with a remarkable style five match days before the end of the season, after leading by 14 points over Hapoel Tel-Aviv FC.

As a result, Ironi Kiryat Shmona FC won a ticket to the Champions League qualifying stage. The journey began on the right foot by beating the Slovakia's champion Zilina FC twice and afterwards rising over Azarian Naptchi Beko FC.  The club was dismissed in the playoffs after losing to Bata Burisov FC, but continued  to the European League group stage, there were placed with Lyon FC, Athletic Bilbao FC and Sparta Prague FC. At this point, the team finished its way in the European competition after positioned last with two draws and four losses.

In the season of 2012/2013 Kiryat Shmona FC managed to infiltrate into the top premier league's playoffs, but was not a factor in the top games and finished the season in 5th place. At the same time, the team recorded a great campaign in the National Cup and reached the final, where it has lost 4:2 in penalties match against Hapoel Ramat Gan FC.

In the following year Ironi Kiryat Shmona FC played impressive football and became one of the dominant teams in the league: under the guidance of young coach Barak Bachar the team finished in 3rd place, when the peak was (again) at the National Cup games when the club beat Maccabi Netanya FC 1: 0 in overtime and finally got to raise the cup for the first time in its history.

This current season (2014/2015) Ironi Kiryat Shmona FC started in the third round of early games against Dynamo Moscow FC. After an impressive 1:1 draw in Russia, the team lost 2:1 to Nikosia FC and was dismissed from the European competition.