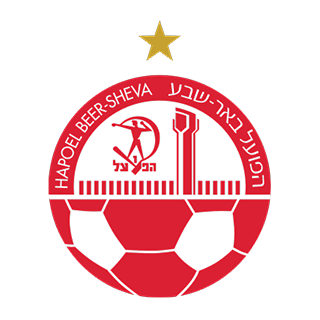 Hapoel Beer Sheva FC was founded in 1949. The team's titles closet includes 2 league championships (from 1974/1975 and 1975/1976) alongside one national cup from 1996/1997. The clubs history contains several appearances in European competitions.

Three years following its foundation, Hapoel Beer Sheva FC was removed from the league due to geographic issues which made its home field too far to reach. Ten years later, under the guidance of the Yugoslavian coach Salveko Milosvich the team reached the first division. In 1970 Hapoel Beer Sheva FC relegated to the second division but only one year late reached the first division again, finishing the season in mid table.

Hapoel Beer Sheva's first landmark in history, which is well remembered also today, was between 1975/1976 when the team won two league championships in a row. Amazia Levkovitch guided the team from the lines to play hard defense and efficient offense starring Roni Moskovitch as a goal keeper; Yaacov Cohen, Alon Ben Dor and Uri Binyamin in defense; Meir Barad and Eliyahu Offer as midfielders. Avraham Numa and Sharon Avitan excelled in scoring goals. In 1976 the "Reds" reached the Intertoto Cup for the first time, in which they got one win, three draws and two loses.

In years to come, Hapoel Beer sheva FC was unable to keep the positive momentum and remained far from the top of the table, these years were marked by instability: In 1984, the team reached the National Cup final only to be beaten by Lod FC. One year later, Hapoel Beer Sheva was rescued from relegation to the second division after beating Beitar Jerusalem in the last Machday. In 1989 Hapoel Beer Sheva FC won the Toto cup for the first time after beating Maccabi Netanya FC.

The 1990's were a appositive era for the red fans. Businessman Ran Passover bought the club and promoted it to the top of the table, when in 1994 the team began its way in the UEFA cup and was dismissed after a double meeting with Aris Saloniki FC. A year later the "Reds" have upgraded their status and qualified for the next round of the UEFA Cup after beating Tirana FC, and reached to a double meeting with Barcelona FC: the Spanish team came to Israel with Jordi Cruyff, Louis Vigo and Ivan De La Panie. The excited fans counted the festive "Wasermil" stadium, but got disappointed by the shameful result, 7:1 in favor of Barcelona. The following game took place in the "Camp Nou" in which Hapoel Beer Sheva FC was defeated again, this time "only" 5:0.

The only National Cup Hapoel Beer Sheva FC won was in 1996/1997, under Eli Gutman's guidance. The "Reds" beat Maccabi Tel Aviv FC in the final, starring Jivani Roso and Siad Halilovitch. The following season was a disaster, Beer Sheva FC got humiliated by the Dutch Roda FC during the Euro cup competition, losing in the result 10:0, as well as been relegate to the second division.

In the early 2000's the team won the national league championship (second division) and returned to the first division, under the guidance of Lupa Kdosh (RIP). Three years later, Hapoel Beer Sheva FC reached the cup final, but lost on penalties to Ramat Gan FC and in 2005 got relegated to the second division. Nir Levin, Marco Balbul and Gili Landau failed place the club in the front stage, and the turning point was in the end of 2006/2007 season when Alona Bareket bought the club from Eli Zino. In August 2007, the unexpected death of Tz'swah Sofwah, during a practice game against Maccabi Beer Sheva FC left Hapoel Beer Sheva FC mourning and painful.

At the end of the 2008/2009 season, under the guidance of Guy Levy, Beer Sheva FC qualified to the first division and also won the Toto cup. However, Levy resigned and was replaced by Guy Azuri, who also left during his first season due to fans pressure. In May 2010, Nir Klinger was appointed as the clubs coach and finished the season only in 9th place. He also resigned and Guy Levy was appointed for another season. The "Reds" have failed to spike at the top and in 2012/2013 under Elisha Levy's guidance from the lines, the team found itself in a dramatic relegation struggle at the bottom from which it was saved only in the last match day.

A year later the red fans could finally enjoy some pleasure moments with the return of Elyaniv Barda who led the team to the second place. Along with Maor Buzaglo the team looked great and competed with Maccabi Tel Aviv over the championship title.  In this current season Beer Sheva FC participated again in European competitions, but was eliminated in the first round against the Croatian RNK Split FC. In the Israeli premier league, the team is struggling at the top against Kiryat Shmona FC and Maccabi Tel Aviv FC over the championship title.